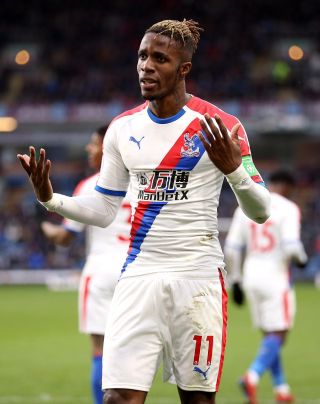 The Ivory Coast secured their progress from Africa Cup of Nations Group D with a 4-1 win over Namibia.

Namibia’s Peter Shalulile failed to take the two best chances of the opening half-hour, while Max Gradel sliced wide at the other end.

Goalkeeper Loydt Kazapua almost gifted the Elephants an opener when he fumbled a cross straight to Wilfried Bony, but blocked the former Swansea striker’s shot with his body outside the box before gathering his follow-up effort.

But Gradel fired the Elephants in front six minutes before half-time when he was ruled marginally onside as he ran onto Franck Kessie’s superb lofted through-ball and fired across Kazapua.

And it was 2-0 just before the hour when Serey Die let fly from 35 yards and a deflection off defender Ryan Nyambe left the keeper helpless.

Wilfried Zaha, who had twice been denied clear penalties, sent a weak effort straight at Kazapua and Namibia cut the deficit when goalkeeper Sylvain Gbohouo cleared the ball straight to Joslin Kamatuka, who shimmied past Serge Kanon before finishing.

But Zaha and substitute Maxwel Cornet scored in the final 10 minutes to make victory safe for Ibrahim Kamara’s side, who finish second after South Africa conceded a late winner to group champions Morocco.