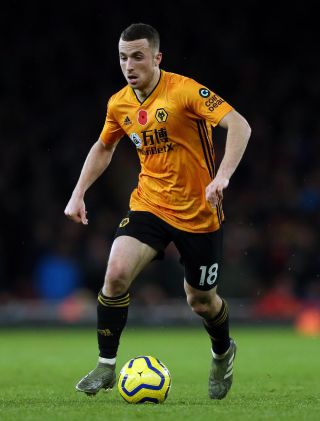 The forward suffered a dead leg in the defeat at Watford on New Year’s Day with the club yet to discover the severity of the problem.

Willy Boly has started running again after his fractured ankle but is not expected back for a number of weeks after suffering the injury at the end of October.

Morgan Gibbs-White (back) and Bruno Jordao (ankle) are also out for Nuno Espirito Santo’s side.

Paul Pogba will miss United’s trip to Molineux with a new ankle problem which required surgery.

The 26-year-old is set to be out for three to four weeks according to Red Devils boss Ole Gunnar Solskjaer, whose side were knocked out of the FA Cup by Wolves at the quarter-final stage last season.

Pogba’s absence is made worse by Scott McTominay also being missing with a knee ligament problem that will keep him out for several months.

Solskjaer confirmed on Friday that deputy goalkeeper Sergio Romero would start, but the game comes too soon for Eric Bailly, Axel Tuanzebe and Timothy Fosu-Mensah.