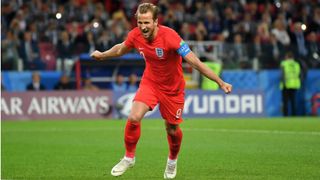 Harry Kane's penalty against Colombia in the World Cup last-16 tie made him the first England player to score in six consecutive internationals since 1939.

Having been fouled by Carlos Sanchez, Kane - after a lengthy delay caused by Colombia's protests to referee Mark Geiger - duly kept his cool to break the deadlock from 12 yards.

6 - Harry Kane is the first player to score in six consecutive England appearances since Tommy Lawton in 1939. Reliable. July 3, 2018