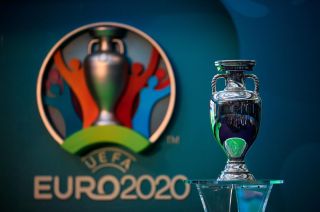 The Euro 2020 play-off ties featuring Northern Ireland, the Republic of Ireland and Scotland have been indefinitely postponed because of the coronavirus pandemic.

The semi-final and final ties were pushed back until June but the matches have been delayed indefinitely as UEFA announced all of its competitions, including the Champions League and Europa League, have been postponed.

Here, the PA news agency answers some of the questions surrounding the situation.

Coronaviruses are a large family of viruses that cause illnesses ranging from the common cold to more severe diseases such as Severe Acute Respiratory Syndrome (Sars). The strain that has recently emerged has not been previously identified in humans. The respiratory disease it causes has been named Covid-19 by the World Health Organisation.

How has coronavirus affected football?

The outbreak of the virus has seen a widespread suspension of leagues around the world as countries try to contain the spread. The uncertain situation means it is as yet unknown when all of the major European leagues will start again, while Euro 2020 has been postponed by 12 months.

When was Euro 2020 supposed to be taking place?

The 32-team European Championship was due to be taking place between June 12 and July 12 in countries all across the continent. Matches were due to be played in London, Baku, Munich, Rome, Saint Petersburg, Amsterdam, Bilbao, Bucharest, Budapest, Copenhagen, Dublin and Glasgow.

Why has it been postponed?

Given the current situation in Europe, with many countries in lockdown, UEFA says “the health of all those involved in the games is the priority as well as to avoid placing any unnecessary pressure on national public services involved in staging matches”. Putting the tournament back 12 months also allows time for the 2019-20 domestic competitions across Europe, and this season’s Champions League and Europa League, to be completed.

When will it be played now?

Will the UEFA Women’s Euro 2021 be postponed as well?

The women’s European Championship was due to be held in England in the summer of 2021, starting four days before the men’s final will now take place. It looks entirely possible that it could be moved to the summer of 2022, but UEFA says a final decision will be taken on this and all of its other competitions in due course, including the Nations League, Under-21 European Championships, the Champions League and Europa League.

Why have the play-offs been indefinitely postponed?

The play-offs determine the final four participants at Euro 2020, but the devastating impact of the coronavirus pandemic is still worsening on many parts of the continent.

A “working group” was last month set up by UEFA to help leagues across Europe come up with practical solutions to help them finish their domestic campaign. However, while it is understood the national associations were presented with a variety of options for the resumption of domestic league action during a video conference, no decision was made because it remains very difficult to predict how long the disruption will last. In the event that the resumption of domestic football is severely delayed, it is thought it would take precedence over European competition.