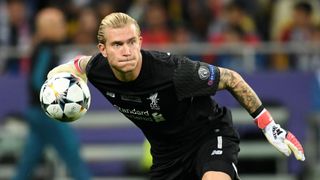 Jurgen Klopp said Loris Karius was "100 per cent" influenced by concussion during his nightmare performance in Liverpool's Champions League final defeat to Real Madrid, but insisted it was not an excuse.

Karius made two errors that cost Liverpool dearly in the 3-1 defeat in Kiev, throwing the ball to Karim Benzema for Madrid's opening goal and spilling a shot from Gareth Bale for their third.

Back at Liverpool's Melwood headquarters for pre-season training, Klopp opened up about the aftermath of the final and the impact a collision with Sergio Ramos had on the goalkeeper.

"After four days I got a call from Franz Beckenbauer, [Germany's] Bobby Moore, our biggest football player who is a good friend of mine," Klopp told the club's official website. "He called me and said he came from a doctor, he told me: 'Your goalkeeper had a concussion.'

"I thought it was too late, you cannot check that. But now I know a concussion isn't coming and going in a day – if you have one, you see it days later. Five days after the final, Loris had 26 of 30 markers for a concussion still. That's clear.

"He was influenced by that knock, that is 100 per cent. What the rest of the world is making of it, I don't care. It's really not important what the people say. We do not use it as an excuse.

Klopp said Karius and his team-mates have put the defeat to Madrid behind them, despite the intense media interest around the game.

"That's always important, that's what analysis should be: you explain why things happen. So, from this point of view, from my side everything is fine. We don't think about that anymore and we start completely new."