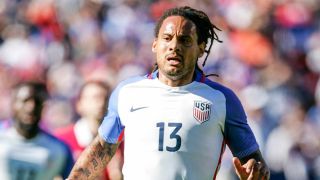 Romain Alessandrini and Jermaine Jones scored for the Galaxy at StubHub Center on Friday.

Marco Donadel was sent off for the Impact, who are still searching for their first win of the campaign after five rounds.

An arrival from Marseille, Alessandrini continued his goal-scoring form as the Frenchman gave the Galaxy a 15th-minute lead.

Alessandrini curled the ball into the net from outside of the area – his third goal of the season.

Things got worse for the Impact a minute before half-time when Donadel saw red after a foul on Jones.

And United States international midfielder Jones opened his account for Galaxy with 16 minutes remaining as LA bounced back from their 4-2 loss at Vancouver Whitecaps last time out.