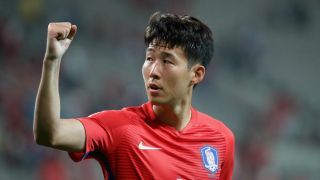 Despite making 79 appearances for the national team, there is no place in the group for Lee Chung-yong, who has been out of favour at Crystal Palace.

Verona's 20-year-old winger Lee Seung-woo makes the cut having made his first international appearances in friendlies against Honduras and Bosnia and Herzegovina in the last week.

Korea have two more warm-up friendlies planned before heading to Russia, with Shin's side set to face Bolivia and Senegal.

The 2002 co-hosts will then open their World Cup campaign against Sweden on June 18, ahead of Group F games against Mexico and defending champions Germany.