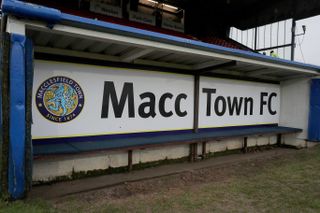 Macclesfield have been relegated from Sky Bet League Two after an independent arbitration panel decision led to a six-point deduction, the English Football League has announced.

In June an independent disciplinary commission handed the Silkmen a two-point penalty and a £20,000 fine after the club were charged with misconduct related to the payment of player wages in March 2020.

The EFL subsequently appealed, opening up the possibility of a further points deduction that would leave Macclesfield bottom of League Two and thus relegate them, with Stevenage staying up in their place.

On Tuesday, an Arbitration Panel confirmed the two-point deduction will stand and in addition to this Macclesfield will be deducted four points, which changes their points per game (PPG) total to 23.62, meaning they finish the season in 24th and will be relegated to the National League.

An EFL statement read: “An independent Arbitration Panel has upheld the EFL’s appeal in respect of the outcome of an independent Disciplinary Commission who in June 2020 had considered misconduct charges brought against Macclesfield Town.

“The charges related to failing to pay a number of players on the applicable payment dates due in March 2020, failing to act with utmost good faith in respect of matters with the EFL and for breaching an order, requirement, direction or instruction of the League.

“The Arbitration Panel confirmed that the two-point suspended sporting sanction activated on 19 June 2020 from previous proceedings will stand and in addition the four point deduction, originally suspended in the latest proceedings and only to be activated in the event of a further breach of Regulation 63.7 during season 2020/21, will be activated immediately and applied to the 2019/20 table.

“Today’s outcome leaves Macclesfield Town in 24th position in the table on 19 points with a points per game (PPG) total of 23.62, resulting in the Club’s relegation into the National League. The Arbitration panel’s decision is final and binding. The EFL will be making no further comment.”