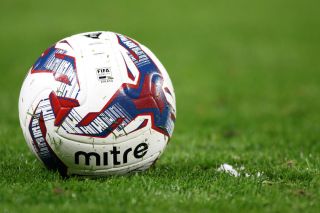 Mail opened their Africa Cup of Nations campaign with a resounding 4-1 triumph over Mauritania at the Suez Stadium.

Mauritania, who are making their debut in the competition in Egypt, at least had one moment to cheer about in their Group E clash as they scored their first goal thanks to Moctar El Hacen’s 72nd-minute spot-kick.

Mali initially struggled to break down the Mauritania defence but broke the deadlock in the 37th minute when Abdoulay Diaby cut inside from the right wing and found the top-right corner with a powerful 25-yard effort.

The Eagles doubled their advantage on the stroke of half-time when Lassana Coulibaly was felled by Mauritania goalkeeper Brahim Souleymane in the penalty area, with Porto striker Moussa Marega slotting home the spot-kick.

Mauritania proved why they are ranked 103rd in the world after some slack defending let Monaco midfielder Adama Traore jink his way to the edge of the area before drilling into the bottom corner to make it 3-0 in the 55th minute.