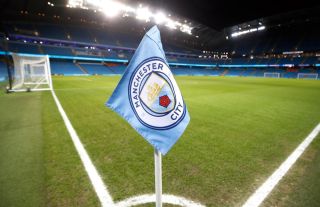 Manchester City have announced they will not be furloughing employees at the tax payer’s expense.

That means the public purse will cover 80 per cent of affected wages, though there has been considerable criticism among those who believe the safety net was not being used as intended. The Reds announced a £42million pre-tax profit in February.

A statement released to PA read: “We can confirm, following a decision by the chairman and board last week, that Manchester City will not be utilising the UK Government’s coronavirus job retention scheme (government funded furloughing).

“We remain determined to protect our people, their jobs and our business whilst at the same time doing what we can to support our wider community at this most challenging time for everybody.”

Liverpool, who are topping up the remaining 20 per cent of salaries, came under criticism from some of their former players on Saturday, with Jamie Carragher, Dietmar Hamann and Stan Collymore all unimpressed by their announcement.

Carragher retweeted the club’s statement and wrote: “Jurgen Klopp showed compassion for all at the start of this pandemic, senior players heavily involved in @premierleague players taking wage cuts. Then all that respect & goodwill is lost, poor this @LFC”

Collymore was even more forthright as he wrote: “I don’t know of any Liverpool fan of any standing that won’t be anything other than disgusted at the club for furloghing (sic) staff.

Hamann later tweeted to describe the action as “contrary to the morals and values of the club I got to know”.

Jurgen Klopp showed compassion for all at the start of this pandemic, senior players heavily involved in @premierleague players taking wage cuts. Then all that respect & goodwill is lost, poor this @LFChttps://t.co/9bE8Rw1veE— Jamie Carragher (@Carra23) April 4, 2020

“The big clubs, you’d have thought, would have been savvy enough to perhaps try to help more of their workers when players are earning so much money,” he said.

“The use of the furlough scheme maintains that commitment (to treat staff fairly) and it ensures that all lower-paid staff who run a variety of contracts will continue to receive 100 per cent of their wage. That’s got to be seen as a positive,” the group said in a statement.