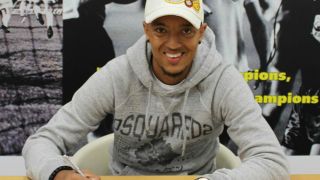 Defender Borthwick-Jackson drops back down to the Championship to join a Leeds side targeting promotion to the Premier League.

The 20-year-old, who will wear the number three shirt at Elland Road, had a loan spell at Wolves in the Championship last season, but only made seven appearances in all competitions.

Previously, he had represented United's first-team on 14 occasions, 10 of those outings coming in the Premier League. He is under contract at Old Trafford until 2020 after signing a new deal last year.

Leeds won 3-2 away at Bolton Wanderers in their opening Championship fixture on Sunday.

are delighted to announce the signing of Cameron Borthwick-Jackson on a season-long loan. Read more at August 7, 2017