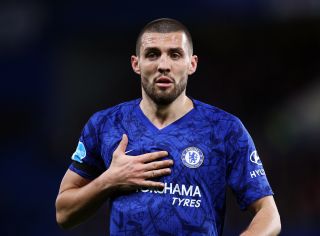 The Croatia midfielder picked up an Achilles problem in Wednesday’s 3-2 loss at West Ham, and could now miss the next two matches.

Defender Fikayo Tomori is still sidelined with a muscle problem but is edging closer towards a return to training.

Watford trio Andre Gray, Nathaniel Chalobah and Domingos Quina will all return to the squad.

The trio were forced to miss last week’s defeat at Southampton after Gray reportedly flouted social distancing rules by hosting a birthday party.

Defender Craig Dawson is suspended after picking up his fifth booking of the season against the Saints, while Daryl Janmaat, Gerard Deulofeu (both knee) and Isaac Success (ankle) remain out.