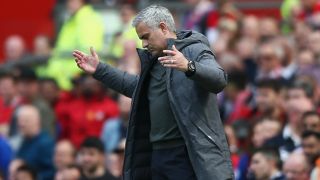 Manchester United boss Jose Mourinho does not believe Europa League final opponents Ajax should even be in the competition.

The two teams meet next Wednesday in Stockholm with UEFA's second biggest club trophy up for grabs.

But Mourinho disagrees with the system that sees sides drop out of the Champions League – like Ajax did in the play-off round – and join the Europa League along with clubs like United who start off in the tournament.

"I always disagree with it, I don't think a team should play in two European competitions in the same season.

"I think if a team goes to the Champions League and doesn't qualify they should go home.

Delighted to be awarded Player of the Year by our fans. I'm proud to join a list of such great names and to be the successor of May 19, 2017

Despite disagreeing with the qualification method, Mourinho praised Ajax's quality and feels no one should be shocked by their progress.

"I wasn't surprised, I really don't know why you are surprised they reached the final," he said.

"The age of players isn't important, the quality is important. I think Ajax make the right investments at the right times.

"Ajax has a very good scouting and education system. These talented players don't arrive at Ajax by accident.

"I don't know [Ajax boss Peter Bosz] too well, but when I see Ajax play I think he has done fantastic work."