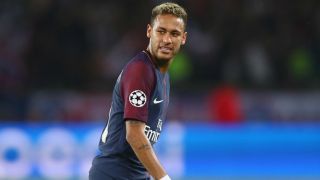 Neymar has called on UEFA to expel Barcelona from the Champions League in a dispute over an outstanding loyalty payment.

Omnisport understands the Brazil international's legal team made the request to European football's governing body as part of the ongoing row with his old club.

It is understood UEFA is yet to respond to the letter from Neymar's camp.

The 25-year-old left Barca for Paris Saint-Germain in August for a world-record fee of €222million, less than a year after signing a new five-year contract at Camp Nou.

The player's entourage insist he is owed a €26m loyalty bonus stipulated in that contract extension and FIFA confirmed in August that they are investigating an official complaint from the former Santos star against Barca.

The Liga side have refused to pay it on the grounds that the forward breached the terms of his deal by holding talks with PSG over a move to France.

The club launched a separate case in August to demand the return of the "renewal premium" paid to Neymar when he signed his last contract.

Barca are asking for the return of €8.5m, plus 10 per cent in arrears, and say PSG must pay the sum if Neymar is unable.