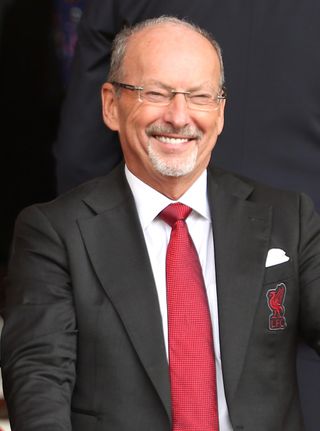 Liverpool chief executive Peter Moore claims Liverpool are “back on their perch”.

The phrase apes one of Sir Alex Ferguson’s most famous quotes, when he said in an interview in the early 2000s that his greatest challenge as Manchester United manager had been “knocking Liverpool right off their perch”.

By the time Ferguson retired in 2013, United had won 20 top-flight titles to Liverpool’s 18 and, although those statistics remain the same, the tables have turned.

💬 “What I’ve learned in 2 and a half years is that football is much more than what happens after the whistle blows.”— World Football Summit (@WFootballsummit) September 25, 2019

After missing out on the Premier League title to Manchester City by just one point last season, Liverpool lifted the European Cup for the sixth time in June and currently lead the table by five points from City, with United a distant 10 behind.

Speaking at the World Football Summit in Madrid, Moore said: “We are back on our perch, as we famously say.”

Moore also praised the Reds’ owners, highlighting that – unlike the Glazer family with United – Fenway Sports Group have not taken money out of the club.

“What they’ve done over the past what is now nine years is nothing short, for me, of miraculous,” said Moore.

“We lived through some dark times, of a difficult ownership period, the fans stood up against those owners and said this is not what we want for the way that Liverpool Football Club should be run.

“Fenway Sports Group have sat back and invested patiently and built a long-term strategy for success, have rebuilt a major part of the stadium so we can drive revenues, have eventually got Jurgen Klopp, have invested in the backbone of the squad. I would argue we have the most exciting forward line in football.

“To the credit of those stewards, Fenway Sports Group, they’ve gone through some difficult times, up and down, yet have stayed the course, have never taken a penny out of the football club but rather have invested.”

Klopp was named men’s coach of the year at FIFA’s Best awards on Monday, and Moore praised the German for his club-wide positive influence.

“His personality is infectious,” said Moore, a boyhood Liverpool fan who has been in his post since February 2017.

“His charisma is without question but he is a people person to the nth (degree). He will make you feel even when you have lost that there is a brighter sunshine ahead somewhere, and he was exactly right.”