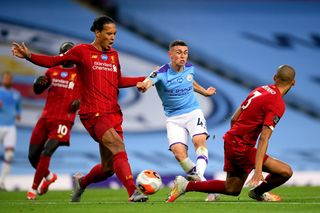 The Premier League will announce the 2020-21 fixtures on Thursday at 9am.

The delayed season is due to start on the weekend of September 12-13 after a seven-week break following the conclusion of last season, which was disrupted by the coronavirus pandemic.

Individual fixtures will be announced on Thursday morning, meaning teams can start making specific plans for the new campaign.

Manchester City and Manchester United are not expected to be involved in the first weekend of action as they were guaranteed 30 days of rest following the end of their European campaigns.

City crashed out of the Champions League on August 15 with United following suit in the Europa League 24 hours later.

As a result, their campaigns are likely to kick off a week later in the second matchday.