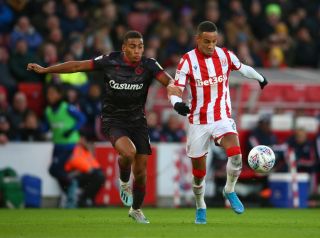 After Mark Bowen arrived in October to replace Jose Gomes, things were beginning to look up for Reading: the Royals picked up 10 points in their first four matches and looked brimming with confidence again.

The Reading rut returned with a vengeance in the New Year, however. A magnificently clinical performance away at high-fliers Fulham left them five points from the top six: they’ve since slipped back down to 14th with five defeats and five draws in 2020.

Before the break, Bowen’s side had just put their first back-to-back league wins together since the Fulham game. With genuine quality in the team like Rafael and Pele though, Reading are always a tricky proposition on paper.

After a thumping 5-1 demolition of Hull City in the last match before lockdown, Stoke City wouldn’t have wanted the enforced break.

Michael O’Neill hasn’t had it all his own way since taking to the hot seat in November but with six wins in 2020 - including an astounding 1-0 away win at West Brom, capped by a great defensive display - the former Northern Ireland boss has more than proved his worth in the club game so far.

Form has been promising, but Stoke aren’t out of the woods yet. Goals haven’t exactly come in droves for the Potters but with a few more results in the next few weeks, they should secure another season in the Championship.