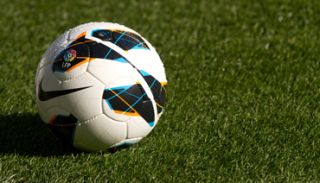 Depor, who are in administration and fighting to avoid relegation, hammered mid-table Levante scoring three times in the first half just over two weeks ago.

At half-time in the game, Levante midfielder Javier Barkero was reported by local media to have accused some of his team-mates of not trying, sparking a confrontation in the dressing room.

"I have asked for forgiveness from everyone and especially my four colleagues whom I have wrongly accused," Barkero told a news conference on Wednesday.

"I was wrong. I accused them of something that hadn't happened and I want to make that point."

When contacted by Reuters, the LFP declined to comment on the reports saying it could be detrimental to any on-going investigations.

"Any game where there is suspicion will be investigated with all the tools available to the LFP," an LFP spokesman said.

New LFP president Javier Tebas, who was elected to the top job last month, said in a recent interview Spain needed to abandon a culture of "anything goes" that meant some clubs under pressure to avoid relegation were buying games.

"We have to take a step further in denouncing something that is happening, in isolation, but it is taking place," he told sports daily Marca last month, saying any cases would be reported to the anti-corruption authority.

"This must be ended and the clubs are in agreement with me."

The issue of match-fixing was catapulted into the headlines in February when investigators said they had uncovered evidence that hundreds of football matches at club and national level had been fixed around the globe in a betting scam run from Singapore.

There is no indication Tebas was referring to Spanish matches being fixed by betting syndicates, rather that some clubs were being paid to throw matches towards the end of the season to help rivals avoid relegation.