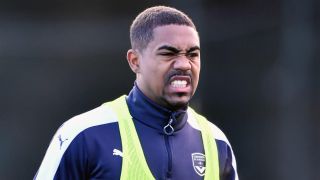 Arsenal hope to be active in the transfer window but are not preparing a bid for Bordeaux forward Malcom, according to manager Arsene Wenger.

The former Corinthians attacker has been linked with a move to Emirates Stadium after impressing for Les Girondins, having arrived in Ligue 1 from Brazil in January 2016.

Yet to be capped by the Selecao at full international level, the 20-year-old Brazil youth star has netted seven goals in 18 league appearances for Bordeaux this season.

And while the Gunners are open to bringing in players, Wenger claimed Malcom is not a priority target.

"Malcom is a good player but nothing is happening. We are not on that case at the moment," he told a news conference on Friday.

With midfielder Francis Coquelin having joined Valencia on Thursday and forwards Alexis Sanchez and Theo Walcott expected to leave, the manager acknowledged reinforcements could be required in the coming weeks.

Many Great years together on & off the field Francis. I wish you & your family all the success in the future. Good luck on your new chapter. January 11, 2018

"We are open, we are in the market, we are active, but I don't want to give you news I can't confirm after. In this transfer market it's very difficult."

Sanchez and playmaker Mesut Ozil are out of contract at the end of the season, leaving Arsenal potentially set to lose one or both of the key players cheaply this month or for free in June.

Wenger, though, insists the situation could not have been handled differently.

"I don't regret it," he said. "If you cannot give the players what they want, they won't sign a new deal.

"It is something you cannot change."