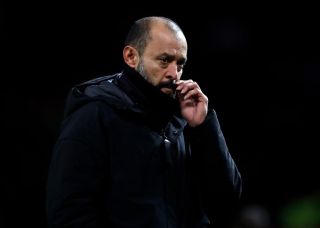 The 19-year-old, who has signed a three-and-a-half year deal, has made four appearances for the Ecuador national team.

Campana becomes Wolves’ first signing of the January transfer window as they look to secure their return to European competition next season.

Campana is currently involved in Ecuador’s Olympic 2020 qualifying campaign and is not expected to join his new team-mates at Molineux immediately.

He told Wolves’ official website: “I am excited about the work the team has achieved this season.

“I know they support each other, their relationship with the manager is a good one and I know all the players get along really well.”