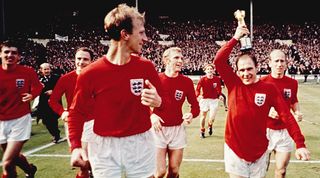 Ten minutes on the clock, 86 countries to guess - the continent that we've listed for them refers to the federation they were a part of when they first qualified.

The very first World Cup started on this day 90 years ago - and according to those that have done it, there's no greater feeling than representing your country at the World Cup.

While the World Cup, for many, is about the stars - the Maradonas and Peles, Ronaldos and Messis - a nice subplot every four years in the group stage is welcoming a country that have never competed before.

There's always one. There always has been at least one new country at every tournament since the inaugural World Cup back in 1930.

For this quiz, we'd like you to name each one. Where countries have changed names - ah, politics - either answer will count, but you get a point for each.

The year refers to the country's debut in the World Cup.