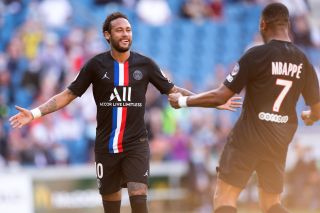 You have six minutes to guess 30 clubs.

THEN TRY Quiz! Can you name every opponent Manchester City have faced in the Champions League?

A lot of money gets thrown around in football.

But have you ever worked out how much your club's squad cost in total? Especially with the ever-inflating prices that increase ever summer.

It's an eye-watering amount of money when you add it up. And that's not even considering the academy products that you didn't sign but would be worth even more when you sell them on.

Today, we've listed out the 30 most valuable squads in world football. That's a lot of money - think how much the agents made in these deals.