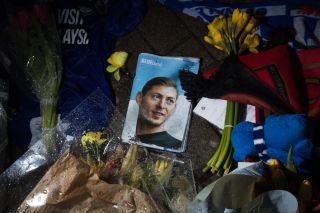 Cardiff face a three-window transfer ban unless they pay the first instalment of the transfer fee for Emiliano Sala to Nantes.

The Argentinian, 28, died when the light aircraft he was travelling in from France to the UK crashed into the English Channel on January 21 of this year.

Cardiff and Nantes were unable to reach an amicable conclusion on the financial aspects of the move, so the case came before the players’ status committee (PSC) of world governing body FIFA.

It was announced by FIFA on September 30 that Cardiff had been ordered to pay the first instalment of Sala’s transfer fee – six million euros (just under £5.2million).

Documents published on Thursday, detailing the grounds for the decision, show that failure by Cardiff to pay the fee within 45 days of receiving bank details from Nantes following the ruling would mean “a ban on registering new players, either nationally or internationally, up until the due amounts are paid and for the maximum duration of three entire and consecutive registration periods”.

The PA news agency understands that the countdown to the imposition of a three-window ban would stop if the club formally lodge an appeal against the PSC decision with the Court of Arbitration for Sport, which they have previously indicated they would.

Cardiff have argued that the player was not officially their player when he died.

However, the PSC found that all the terms within the transfer agreement concluded between Cardiff and Nantes had been fulfilled.

A section of the judgement read: “The player’s transfer from Nantes to Cardiff has to be considered as validly concluded between the parties. Hence, the player was a player of Cardiff.”

The documents also show that Cardiff had sought a delay in the case until any other civil or criminal investigations into Sala’s death had been completed, but the PSC ruled that the dispute before it was “of a purely contractual nature” and that “Cardiff had not been able to prove that the outcome of those local proceedings would be relevant to the outcome of the dispute pertaining to whether or not a transfer fee is due”.