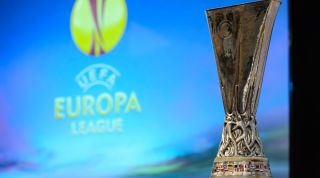 These were the words of Jose Mourinho, little more than two months after the bulk of the Chelsea squad he had just re-inherited won the competition with a 2-1 win over Benfica in Amsterdam. It wasn’t quite Brian Clough telling his new Leeds charges all the medals they’d previously won were worthless, but it got the point across. To the elite clubs, the Europa League is little more than an inconvenience.

But it’s nothing new. At least as far as English clubs are concerned, the lustre of the Europa League has been dimming drastically since the start of the Champions League era. It certainly shouldn’t be seen as too easy to bother with: only two English clubs have won the competition in the last 30 years, with only a further three reaching the final in that time.

In a rich man's world

As with the domestic cups, the Europa League has been sidelined by lack of financial imperative. Winning the Europa League won't earn a club more than €9.9m; compare that to the €8.6m given to a team which loses all six matches in the Champions League groups. A team who wins 12 Europa League matches but loses in the semi-finals earns €4.9m – equivalent to finishing 15th in the Premier League.

A pot of gold shouldn’t be the primary incentive for a club to crave winning a competition with over 40 years of history, but money is the best way to develop a club. An amount just shy of €10m is nowhere near enough to help a club in the Premier League’s ‘second tier’ of clubs compete with those regularly riding the Champions League gravy train. But, even then, the scant financial reward is only a minor issue.

The balance of power in European football is tipped very much towards the west. The 2014/15 Europa League will feature four teams each from Ukraine and Russia, and three teams each from Turkey, Belarus and Israel. In contrast, next season’s Champions League has two places each for Ukrainian, Russian and Turkish sides, with just one early qualifying spot each for the champions of Belarus and Israel.

A side effect of this is that English clubs in the Europa League are far more likely to be forced into long journeys east. In this season’s competition, Tottenham traveled 17,996 miles for their six away fixtures. When Chelsea return from Madrid next week, they’ll have travelled 9,292 on the same number of European away days. That’s clearly a small sample size, but given the sheer number of teams from England, Germany, Spain (four each), France, Italy and Portugal (three each) playing in the Champions League, racking up air miles at the rate Spurs did this season is nigh-on impossible in Europe’s elite competition.

The long travel times add to the hangover caused by playing on Thursday night – a schedule which makes the Europa seem more like an afterthought than the appetiser it could be if it were played on Tuesday, with the Champions League held on Wednesday and Thursday.

Speaking to FourFourTwo's Football Weekly, Tottenham’s Andros Townsend plays down suggestions the Thursday-Sunday schedule has been a factor in Spurs’ frustrating season, though also admits he and his team-mates are now fresher for only playing once a week.

The north Londoners performed badly in Premier League matches immediately after their European exploits this season, with six of their 10 league defeats coming off the back of a Europa League fixture.

Speaking after the 2-0 win against Anzhi in Moscow, then-Spurs boss Andre Villas-Boas hinted that his team would be unable to prepare tactically for their home game with West Ham three days later, instead having to focus on recuperation.

Tottenham’s lack of preparation showed as they were humbled 3-0 by a well-organised Hammers side, in the sort of showing that encourages the phrase "Europa hangover". With typical bluntness, Tottenham's current manager Tim Sherwood touched on the problem in Thursday's press conference, wondering aloud if the Europa was worth it.

"The extra games mean I think we’ve ended up playing 12 more games than Liverpool have this season, and they’re challenging for the title because they didn’t have the Europa League. It certainly helps when you have a whole week to prepare for games.

“That said, I’m sure that everyone at this club wants to finish as high up as possible and we're certainly not going to go onto the field and try to lose a game so that we don’t qualify: that's just not going to happen.”

Swansea would empathise with Sherwood's words about having a week to prepare for games. With their relative lack of European know-how and smaller squad, they struggled all season to balance their continental adventure with their domestic duties. It would be short-sighted to attribute their struggles this season entirely to their participation in the Europa League – Michu has missed half the campaign, after all – but it certainly hasn’t helped.

As things stand, Hull – as the only club with a shot at the Europa League without any pedigree in the competition – look most at risk of being next season’s Swansea. A win over Arsenal in next month’s FA Cup Final would secure a first-ever European jaunt for the Tigers, as would a defeat if the Gunners achieve a top-four finish.

That now seems far more likely thanks to Everton’s midweek defeat to Crystal Palace, although there’ll still be a handful of pessimistic Arsenal fans fearing the ignominy of finishing fifth. But would it really be that bad? Let’s run through the pros and cons of Europa League qualification for every club with a shot of making it through virtue of their league performance. First up, on the next page: Arsenal...

Arsene Wenger’s side were among the first batch of Champions League drop-outs to be parachuted into what was then the UEFA Cup following a rule change ahead of the 1999/00 season. The Gunners overcame Deportivo, Werder Bremen and Lens over two legs to reach the final in Copenhagen, where they were beaten on penalties by Galatasaray.

For all their history, the Gunners’ trophy cabinet is disappointingly sparse when it comes to continental trinkets. The north Londoners have just the 1970 Fairs Cup and the 1994 Cup Winners’ Cup to show for their 29 European campaigns, and would see a season in the Europa League as a good chance to add to their haul (and perhaps even end their trophy drought, if things go wrong against Hull at Wembley next month).

Arsenal in the Europa League would be like a fading Hollywood star turning out in a low-budget TV serial, fittingly on ITV4. It just wouldn’t be very becoming for a club of their standing (so they’d think). Fatigue seems to have been a factor in the Gunners’ late-season slump, and a season without Europe may help them go the distance in next season’s title race – and would finishing 7th really be that much worse than finishing 5th? Clearly they won’t want to try and find out – the likelihood is that, should Arsenal not make the Champions League, they’ll be in the Europa League. If burn-out is a worry, they can always blood more youngsters – just think of it as the League Cup with Dinamo Minsk instead of Dagenham and Redbridge.

The Toffees last played in the Europa League in 2009/10, the third successive season they had featured in the competition. David Moyes’ side beat Czech outfit Sigma Olomouc in play-off round, before qualifying second behind Benfica in a group also featuring BATE Borisov and AEK Athens. Their run was promptly ended by Portuguese giants Sporting in the first knockout round.

Although they have recently had the Champions League in their sights, at the start of the season Everton would have bitten your hand off for a Europa League place. Although initially disappointed to miss out on the big one, they’d be happy enough to be involved if Arsenal pipped them to a top-four spot. Roberto Martinez, who earned a crack at Europe with Wigan but didn’t hang around long enough to take it, would be particularly keen to test himself against the not-yet-great and the not-quite-as-good of Europe. The men in suits would be keen to raise the profile of the club too.

The Goodison Park side don’t have the biggest squad, and a taxing European campaign would quite likely have an impact on their domestic performances.

You’ll need to cast your mind back almost a month to recall Tottenham’s last participation in Europe’s secondary club competition. Spurs waltzed through to the last 32, beating Dinamo Tbilisi, Anzhi, Sheriff and Tromso along the way. They snuck past Dnipro of Ukraine, before suffering a humbling 3-1 home defeat to Benfica, from which there was no comeback.

Given their track record of securing a Champions League place through the league, the chance to qualify through winning the Europa League is not to be sniffed at.

Having been among the favourites for the competition this season and last, then failed to get anywhere near the podium, they may not feel particularly confident of success in 2014/15 either. The Europa League appears to have taken a toll on Spurs’ league campaign, with the north Londoners picking up just 16 points from the 12 matches that have followed European fixtures. Six of the 10 defeats they have suffered in the Premier League have come within three days of a Europa League match.

United made a brief cameo in the 2011/12 competition, having been eliminated from the Champions League at the group stage. A 3-2 aggregate win over Ajax was promptly followed by a 5-3 defeat to eventual runners-up Athletic Bilbao.

Unlike Arsenal, United have had most of the season to get used to the idea of playing in the Europa League; they also need to maintain "presence" by being in continental competition, for the sake of ‘the brand’. Hey, those Japanese potato-based snack products aren’t going to shift themselves. David Moyes – if he’s still in the job – will be hoping victory in Europe can kickstart his tenure in the same way the 1991 Cup Winners’ Cup win over Barcelona did for Fergie.

The Red Devils squad is also particularly large – designed for playing two games a week for most of the season. Not playing in Europe would probably leave them with a bevy on unhappy fringe players, and a fair bit of squad restructuring to do. Won’t somebody think of Ashley Young?

The idea of money-spinning friendlies instead of competitive European action has already been mooted, with the club desperate to claw back as much as possible of the £20m they’ll miss out on for not making the Champions League. The Old Trafford outfit pocketed £2m for appearing in a friendly in Saudi Arabia in January 2008 – do that half a dozen times in each half of the season, and they’ll be making far more than they would by playing in the Europa.

If it’s a straight choice between being in the Champions or Europa League, the answer is obvious. Yet if the options are Europa League or nothing, most clubs would ultimately swallow their pride, pack their passport and make tracks for Maribor, Shakhter Karagandy, or Dnipro Dnipropetrovsk. After all, for the likes of Everton and Tottenham, winning the competition could prove the best and easiest route to the top table.