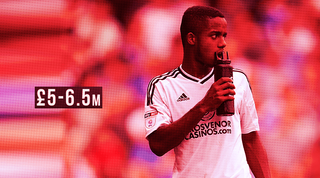 Need to know: Fulham has been home to some fantastic home-grown talent recently, but 17-year-old Sessegnon might top the lot. After finishing 2016/17 season as joint-top scorer in the Euro U19 tournament, the left-back – who is equally adept further forward – began attracting attention from a host of Europe’s elite clubs. For now, though, he remains at Craven Cottage to continue his fledgling career.

Need to know: One for those with a slightly smaller budget and in need of a home-grown starlet. Having only made one senior appearance to date and switched positions to be more of a playmaker in the centre of the park instead of a right-winger, Blackburn’s Rankin-Costello could thrive if he’s given game time.

Need to know: If that release clause is reflected in real life, few Premier League clubs could do worse than taking a glance at Velez Sarsfield's Vargas. Utilising his low centre of gravity to good effect, his running style (often darting away from onrushing defenders) bares a stark resemblance to compatriot Lionel Messi.

Need to know: Oh, what could have been. But for a serious knee injury, Romero would likely be an Arsenal player by now. Instead of being a wonderkid who fails to live up to his expectation, though, he’s gone back to doing what he does best for Velez – putting the ball in the back of the net. Bargain.

Need to know: You don’t get a 20 rating for flair at 16 years old without being a bit special. Angel Gomes is just that. He made his debut in the win against Crystal Palace on the final day of 2016/17, becoming the Premier League’s first noughties-born player.