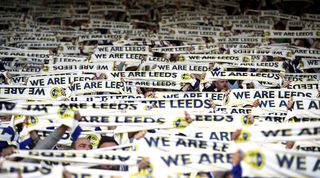 Thursday marks exactly 100 years since the founding of Leeds United – a controversial decision that has divided opinion ever since.

But Leeds’s birth year makes them among the youngest clubs in the Football League, with only 13 of the 92 league sides formed since 1919.

Let’s look at the other end, though, and celebrate England’s proud history of having really, really old football teams. Obviously, Notts County now ply their trade in non-league – so who has replaced them as the oldest Football League team going?

And what about the next 39 oldest teams?

What we’re trying to say is: can you name the 40 oldest current Football League clubs?

We’re giving you the year they were founded, what league they’re currently in, and seven minutes to get as many as you can.

Once you’re done, send us a screenshot of your score (but don’t give away any answers) to @FourFourTwo, and challenge your oldest friend to see if they remember any of these important moments.

EXCLUSIVE Raheem Sterling: People didn’t want me in the England team no matter how I played – but I proved them wrong

QUIZ Can you name the last 50 players to make their England debut?