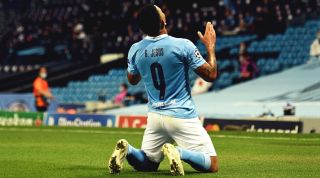 Ten minutes on the clock, 40 players to guess.

Remember to tweet your scores @FourFourTwo and share with your friends - especially if they support a Manchester club.

NOW TRY Quiz! Can you name the most followed footballers on Instagram?

As of last night, the Manchester clubs are the last two sides left in Europe - Solskjaer's boys in the Europa League, Pep's lads in the Champions League. Wouldn't it be great to have a derby for the Super Cup? OK, we're getting ahead of ourselves, but still - it's exciting to have the two clubs doing so well in both tournaments.

So who are the biggest legends from each side?

Today, we'd like you to name as many of United and City's top appearance makers in the Premier League era - that's since 1992.