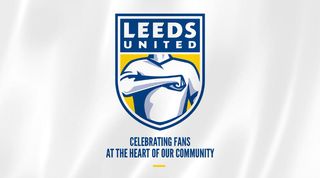 The Championship club tried to release a new badge last month, but it went down so badly with their supporters that a petition was signed by around 78,000 people calling for it to be scrapped. The protest worked and Leeds said they would have a rethink.

On Thursday, the club officially confirmed they're going to give it a couple of seasons before releasing the new attempt - probably to try and make sure there will be no backlash next time.

The statement read: "Due to the volume of ideas and designs submitted by fans and their focus around celebrating our 100-year anniversary, we can confirm that we will now be introducing a new club crest on the shirt for the 2019/2020 centenary season and beyond.

"We would like to take this opportunity to thank all fans for the inspiration they have provided which, following further consultation with supporters' groups, will form the basis of a democratic vote later this year.

"We look forward to our loyal and passionate fans selecting a crest that will proudly herald in the next 100 years."