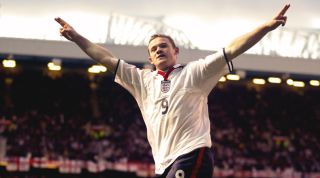 You have 15 minutes to guess 50 answers.

It's hard to describe what the noughties were like to someone who wasn't there. But we'll have a go.

Every team had to have a collection of WAGs, according to FA jurisdiction. Peter Crouch was bound by law to celebrate with a silly dance, inspired by an Arctic Monkeys song (they were a band). Arsenal were really good, and Tottenham Hotspur failed to qualify for the Champions League after eating a dodgy lasagne.

That's the decade in a nutshell. You don't really have to know much more than that. But in case you do, we've lined up 50 quiz questions about the decade.

Think you know the 2000s? We challenge you to our big noughties quiz...