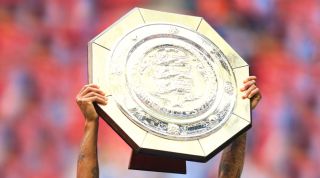 The Community Shield is usually the precursor to the Premier League season beginning - but this time, it's merely part of preseason.

Still, it's a chance to see where Arsenal and Liverpool are at this stage of the summer. Both clubs have had quiet transfer windows so far but the Shield provides an opportunity for Mikel Arteta and Jurgen Klopp to assess how much more work needs to be done before the season kicks off again on September 12. Oh, and there's a trophy (sort of) at stake.

Kick-off is at 4.30pm BST and the game is being shown on BT Sport 1, BT Sport Extra 1 and BT Sport Ultimate in the UK. See below for watching details where you are.