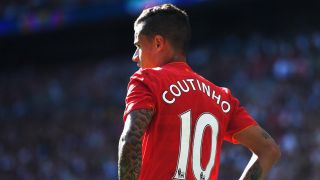 Former Liverpool forward Craig Bellamy says it comes as little surprise that Philippe Coutinho wants to join Barcelona, amid reports that the Premier League club have rejected a fresh bid.

It was claimed in England on Friday that Barca lodged an offer of £114million for the Brazil international that was immediately rejected by Liverpool.

The Catalans reportedly saw a bid of £90m turned down last week after Coutinho submitted a transfer request, but Liverpool's stance has always been that the player is not for sale.

But Bellamy, who enjoyed two separate spells at Anfield, understands why the 25-year-old would want to move to Camp Nou.

"If a player came to see me and asked to leave, I'd want to know the reason why and if it was a club like Barcelona I'd understand," the former Wales international wrote in a column for Paddy Power.

"At the same time, if the footballer sees his future elsewhere then as a manager I have to prepare and move on to other targets.

"I can understand why Liverpool want to hold on to Philippe Coutinho – a lot of clubs are taking a hard line now. They don't have to sell these days.

"But Coutinho has to want to leave – of course he does. It's very easy to point the fingers at footballers but, no matter what your job is, if you had the chance to go to the best in the business, getting paid way more than you are, then you're going to want to take that offer up."

Coutinho, along with Borussia Dortmund's Ousmane Dembele, is said to be a prime target for Barca following the world-record €222m sale of Neymar to Paris Saint-Germain.

General manager Pep Segura suggested that deals for both players were close, but that assertion was refuted by Liverpool boss Jurgen Klopp and Dortmund CEO Hans-Joachim Watzke.

Coutinho has yet to play competitively this season after picking up a back injury.