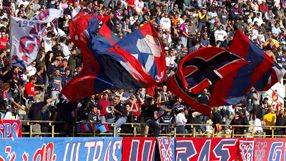 Bologna said in a statement that owners Sergio Porcedda and Alessandro Menarini had jointly agreed to ask a third party to find possible buyers for all the shares in the club.

Porcedda has come under fire from fans over his handling of club affairs after the federation announced its investigation last week.

Similar cases have led to points deductions in the past but Bologna hope a quick sale will swing the decision in their favour, along with the fact that a points loss would hurt players already suffering from missing wage payments.