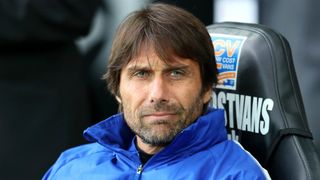 Antonio Conte has left his position as head coach of Chelsea, the club have confirmed.

The news brings to an end many months of speculation over Conte's future at the club.

Former Juventus boss Conte is rumoured to have fallen out with Chelsea's hierarchy over transfer policy, while their disappointing fifth-place finish in the Premier League – just a year after winning the title – fuelled suggestions he would be dismissed.

"During Antonio’s time at the club, we won our sixth league title and eighth FA Cup. In the title winning season, the club set a then-record 30 wins in a 38-game Premier League season, as well as a club-record 13 consecutive league victories.

"We wish Antonio every success in his future career."

Former Napoli head coach Maurizio Sarri is the favourite to take over, with the club's top-flight opener a little over four weeks away.