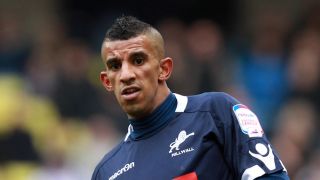 Zamalek were held 0-0 at Al Ahli Tripoli in the CAF Champions League on Tuesday, while Etoile du Sahel took control of Group A after securing a dramatic 2-1 victory at Al Merreikh.

Former Premier League forward Hameur Bouazza hit the winner in the third minute of added time to ensure the Tunisian side maintain their 100 per cent record after two matches.

Elsewhere in Group A, Ferroviario Beira of Mozambique drew 0-0 at home to Al-Hilal Omdurman in one of three goalless games on the day, leaving both sides winless in the competition.

Last season's beaten finalists Zamalek could not find the breakthrough but they top Group B after taking four points from their first two fixtures, while Al Ahli Tripoli are third in the section.

Egyptian Premier League leaders Al Ahly won 2-0 at Cotonsport to move into top spot in Group B with two goals in three first-half minutes from Junior Ajayi and Momen Zakaria setting up a comfortable victory.