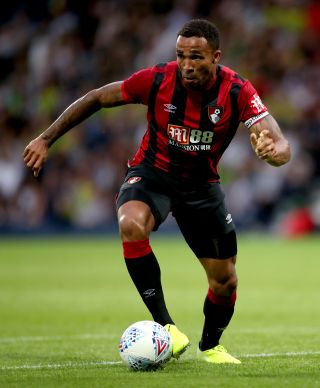 The 28-year-old Bournemouth striker, who signed a four-year deal on Monday to complete a move which is understood to have cost Newcastle in the region of £20million, consulted the man who scored 206 goals for the club before putting pen to paper.

Shearer first contacted the then Cherries marksman as he recovered from a serious knee injury and with the pair having stayed in touch since, it was to the former England captain whom Wilson turned when the Tyneside club came calling.

✍️ #NUFC are delighted to announce the signing of Callum Wilson from @afcbournemouth on a four-year deal!— Newcastle United FC (@NUFC) September 7, 2020

Wilson told NUFC TV: “It was really encouraging to hear it from such a legend. It was out of the blue, the text message, as well, so I was quite surprised, but I was so appreciative.

“We kept in touch – Shearer messaged me when I got a call-up for England and we’ve also been in touch about me coming here.

“I asked a few questions – what’s it like around the town and things like that – and he had nothing but praise for the football club and for the place.

“It was already in my mind I was coming here, but that just nailed it on, it was concrete.”

If Shearer provided the confirmation, it was watching the film ‘Goal!’, which charts the rise of Munez, an illegal Mexican immigrant living in Los Angeles, to stardom at Newcastle, with his son which whetted Wilson’s appetite amid interest from Aston Villa.

He said with a smile: “My son is getting to that age now where he’s watching more movies and more football, and he watched Goal! I’m sitting there watching it with him – obviously it’s all about Newcastle – and the little boy in me, it got me excited as well.

Wilson has been signed to score the goals which the Magpies lacked last season, with £40million summer signing Joelinton having managed just two in the Premier League in his first campaign, and he was a target even before Dwight Gayle suffered a knee injury which looks set to keep him out for up to four months.

Very excited for this next chapter of my career at such a big club! @NUFCpic.twitter.com/WNGyy5gL5i— Callum Wilson (@CallumWilson) September 7, 2020

He said: “I didn’t have the greatest season last year, I’d be the first one to admit. I’m quite an honest person and I always analyse myself, and eight goals in the league is not something I’d like even to associate myself with.

“I’ll be looking to get to double figures as soon as possible next season and many more goals to come.”

Wilson began his career at home-town club Coventry, but it was at Bournemouth that he rose to prominence as he helped fire them into the top flight and establish them there before relegation at the end of last season.

He scored against the United States on his full England debut in November 2018 after fighting his way back from two bad knee injuries as his efforts received wider recognition, and international football remains very much on Wilson’s agenda despite his absence from the current England squad.

He said: “With a big tournament coming up, every guy’s dream is to represent your country at a major tournament.

“There’s no bigger carrot dangling in front of someone than that and having a taste of it and then getting it taken away again has made me even hungrier.”

The striker is one of three targets the Magpies hope to land this week with out-of-contract former Cherries midfielder Ryan Fraser understood to be heading for Tyneside for a medical. The club have also agreed a £13.5million fee plus add-ons for Norwich defender Jamal Lewis, who is currently on international duty with Northern Ireland.