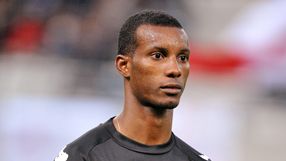 The fact that they might eliminate Cameroon, one of the continent's most successful teams, would make the achievement even greater for the Portuguese-speaking nation.

The Cape Verde squad, made up mostly of players from clubs around Europe, are preparing at Alcochete in Portugal, the academy of Sporting Lisbon where Cape Verdian-born Oceano Cruz was last Friday appointed the new coach.

Cruz was one of many players from the former colony to play for Portugal. Others include Manchester United's Nani. By pursuing talent in the large Cape Verdian diaspora across Europe and the United States, the country now finds itself in line to play in a major tournament for the first time.

The team defend a 2-0 lead from the first leg of their final-round qualifier against Cameroon, who host Sunday's second leg in Yaounde.

"There are plenty of good, young players who are beginning to make themselves known. Some are trained in Cape Verde, then they go to Portugal at the age of 19 or 20," he said in a French radio interview at the weekend.

"We now have some 90 percent of our squad members who are playing at clubs in Europe - in Portugal, France, Spain, Holland and other countries," said coach Luis Antunes in a telephone interview with Reuters.

"These are professional players who are desperate to show what they can do at the Nations Cup finals. It has been so easy to work with them because of their experience and their desire."

In recent years the Cape Verdian side, nicknamed the 'Tubaroes Azul' (blue sharks) have steadily gained more experience and recognition and last week moved to 51st in the FIFA rankings, a jump of 14 places, on the back of their first-leg home win over Cameroon. A decade ago they were ranked 182nd.