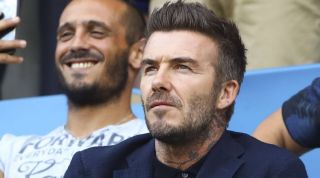 The former Manchester United and Real Madrid star recently won the Editor’s Special Award at the GQ Men of the Year awards.

Speaking to the publication, he revealed that becoming a manager has never been on his radar, although he won’t rule out giving the right opportunity a go in the future.

“I always enjoyed coaching kids, but I never ever had any aspirations about going into management.

“I think it’s great for other players, because they have the experience and that can be great for clubs, but for me personally I never felt that it was something I would be good at.

“Now, I’m much more interested in owning a team or running my business. Maybe if the right job had come up... who knows?

“I remember coming towards the end of it all and we had just been knocked out of a World Cup and someone from the FA told me to start doing my badges.

“So I think some people within the FA saw me possibly as a future England manager, just because maybe I had had a successful career being England captain.”

When asked if he ever held ambitions to become United manager, he replied: “No, not at all.

"If someone turned around to me and said, ‘If the England job came up, would you take it?’, I mean of course I would think about it, because I’m a passionate Englishman and I’m passionate about our national side, but would I be any good at it? Who knows?

“It’s a dream job, but Gareth is doing the most incredible job for us right now. He’s brought energy and excitement back into the game and the fans – myself included – are enjoying that.”