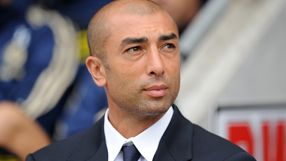 The Londoners will be expected to win against the Champions League newcomers in Copenhagen after throwing away a two-goal lead to draw their opening Group E game at home to Juventus.

Chelsea have never lost to a Danish team and have won on all three visits made to Denmark, but they have won only one of their last seven away games in the competition.

Chelsea became Champions League winners for the first time last season despite not winning an away game in the group stage - drawing at Valencia and Genk and losing at Bayer Leverkusen.

They also lost the away leg at Napoli in the last 16 before winning on the road in Lisbon against Benfica in the quarter-finals.

Sitting pretty at the top of the Premier League and full of confidence after a London derby win over Arsenal on Saturday, Chelsea appear to be benefitting from a settled and happy Fernando Torres.

The Spanish striker, whose career in England with Liverpool and Chelsea has mixed highs with lows, said he was brimming with confidence.

"I am enjoying it more this season with the kind of players I have in the middle behind me," he told Chelsea's website.

"It is giving me a lot of support and I hope to improve, trying to create more chances for the team. I don't shoot on goal too much but even with this I am scoring goals so the team is going to improve - not just me, everyone.

"I had a very difficult beginning at Chelsea but that is in the past now, and I am enjoying the present with a great group of players and we are building a big team."

Torres is the only Chelsea player to start every game in all competitions this season but Di Matteo could rest a number of players.

Captain John Terry, praised by Di Matteo for his contribution and leadership qualities against Arsenal two days after he was handed a suspended four-match ban for using racially abusive language, could step aside with Gary Cahill partnering David Luiz in the centre of defence.

Spanish right-back Cesar Azpilicueta, who impressed on his debut in the League Cup demolition of Wolverhampton Wanderers in midweek, may also be handed a first European start with Branislav Ivanovic rested.

Nordsjaelland come into the game on the back of a 3-0 victory over Esbjerg on Friday and currently sit in third place in Denmark's Superligaen, six points behind FC Copenhagen.

"It's an important victory. It means a lot for the self-confidence, to once again get the feeling of winning," said Nordsjaelland coach Kasper Hjulmand.

"We've had a few too many draws and it's unsatisfying to have the feeling of having played well, but not winning."

Normally a slick passing side, the Danes are not naive enough to believe they can play with the same freedom in Europe and against Shakhtar Donetsk they employed more defensive tactics.

They will hope that defenders Jores Okore and Patrick Mtigila, both capped by Denmark, can help stem the Chelsea tide.