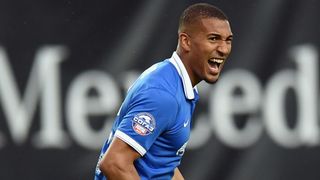 Vainqueur's departure was announced by Dinamo on their official website, although Roma have yet to confirm their capture of the 26-year-old.

The Frenchman moved to Moscow in 2014 after three seasons in Belgium with Standard Liege.

"Midfielder William Vainqueur has moved to Roma," Dinamo announced. "Thank you William, and good luck at your new club."