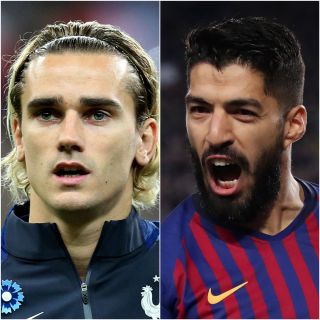 Barcelona are looking to follow Juventus with a large-scale sale of their top names as they try to avert financial disaster, reports the Sun. The paper said the LaLiga side will put their entire squad up for sale, bar Lionel Messi, Frenkie de Jong and Marc-Andre ter Stegen, meaning rivals could land players like Antoine Griezmann, Luis Suarezand Ousmane Dembelefor cut down prices.

Meanwhile, several European clubs could offer Jan Vertonghen a deal in the summer, according to the Daily Star. The Belgian is out of contract at Spurs, with Real Betis putting an offer on the table for the 33-year-old, while Valencia, Inter Milan and Roma are also keen on bringing in the defender.

Manchester United and Chelsea have been given a boost in their pursuit of Jadon Sancho, reports the Daily Mirror. Both Premier League clubs are running the rule over the Borussia Dortmund winger and the paper said the German club expect to see lower offers for the 20-year-old given the coronavirus pandemic.

Manchester City are looking at a move for Fulham’s CodyDrameh, reports the Daily Mirror. The 18-year-old right-back has been compared to another of the club’s products Ryan Sessegnon.

James Garner will be allowed to leave Manchester United on loan next season, with Cardiff, Swansea and Sheffield Wednesday all interested in taking on the 19-year-old, reports the Daily Mail.

Leroy Sane: The Manchester City forward is set on a move to Bayern Munich and is not interested in heading to Premier League rivals Liverpool, reports Bild.

Erling Braut Haaland: The Dortmund striker will be subject to a tug of war in the summer, with Paris St Germain and Real Madrid keen on the 19-year-old, says Marca.

Moussa Diaby: Arsenal are leading the chase for the Bayer Leverkusen winger, according to Le10Sport.