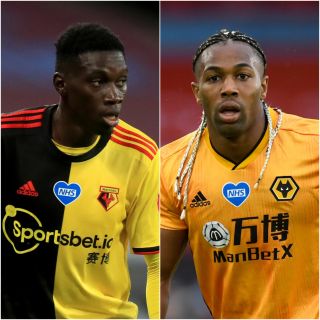 Liverpool have dampened their interest in signing Wolves’ AdamaTraore, the Daily Mirror says. Traore starred at Molineux last season, but Jurgen Klopp has instead turned his attention to IsmailaSarr, who is currently on the books at Watford.

Amid all the speculation about Lionel Messi’s Barcelona future, there is also chatter about LuisSuarez leaving the Nou Camp. The Daily Mirror reports the Uruguyan is not in Ronald Koeman’s plans with clubs including Inter Miami, Ajax and Atletico Madrid interested.

Manchester United have not given up their pursuit of JackGrealish, reports the Daily Mail. The paper said Aston Villa will want £80million for the 24-year-old but United are determined to land the midfielder this summer.

Chelsea are looking for a new man to replace Kepa Arrizabalaga between the posts, with Rennes’ EdouardMendy on the shortlist, the Daily Mirror reports. Kepa fell out of the starting line-up towards the end of last season and the Senegal international could prove a long-term replacement, the paper adds.

Danny Welbeck could return to the Premier League with Southampton or Crystal Palace, the Daily Mail says. The Watford man is being targeted by the two clubs to bolster their attacking options.

N’Golo Kante: Antonio Conte is looking to pick up the Chelsea and France midfielder for Inter Milan, reports Football Italia.

Matteo Guendouzi: The midfielder could be heading to LaLiga, with Valencia looking to sign the Arsenal 21-year-old, says Super Deporte.

Rodrigo de Paul: Leeds have been quoted a price tag of £31million for the Udinese midfielder, according to the Guardian.