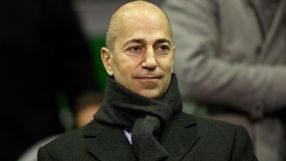 "I've had no indication from any shareholders that they are about to launch a takeover," he told the BBC.

"We're very comfortable with the multi-ownership model. If that were ever to change, we'd have to address the situation at that time."

American sports and real estate entrepreneur Kroenke owns 29.97 percent of the 62,219 shares in the Premier League club, close to the 30 percent threshold.

Uzbek-born metals oligarch Alisher Usmanov has a 26 percent stake in the club.

In a separate interview with the Times newspaper, Gazidis painted a bright future for Arsenal and said they could win trophies this season and for years to come under manager Arsene Wenger.

"You never know what fortune holds for you, but we believe we have a squad that will be very much in the mix for any competition we enter over the next five years.

"There is no question in my mind that this club is going to be very successful in delivering trophies to its fans consistently in that time period."

Arsenal are third in the league, four points behind Chelsea with a game in hand as they seek their first title since 2004. They are also still in the Champions League and FA Cup.

Wenger, 60, is under contract until the end of next season but Gazidis had no concerns about the Frenchman's future with the north London club.

"We are very relaxed about Arsene's contract," he said.

"At the right time we and Arsene will talk about extending that. Typically with Arsene those discussions happen towards the end of the contract period. But we're extraordinarily happy with him.

"It's difficult for me to imagine anything other than Arsene leading the team forward with this young group of players. There's a huge amount of ambition left in Arsene and a huge amount of vision and legacy that has yet to be achieved."

Gazidis said he hoped Wenger would keep going longer than Manchester United manager Alex Ferguson, who has been in charge at Old Trafford since 1986.