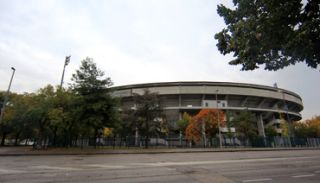 The draw on the last day of the Serie B season meant Verona finished second on 82 points, two ahead of Livorno, who lost 1-0 at champions Sassuolo in a fractious match in which three players were sent off after a brawl and Simone Missiroli scored in stoppage-time for the nine-man home team.

The promotion ends years of frustration for Verona, who have had to suffer over a decade in the second and third tiers of the Italian football while their smaller local rivals Chievo Verona flourished in Serie A.

Verona, who won the league title in 1985, were a fixture in Serie A during the 1970s and 80s but financial problems caught up with them in the 1990s and after yo-yoing up and down between Serie A and B, they were relegated a final time from the top division in 2002.

The club played in the third tier between 2007 and 2011 and in 2008 only avoided the drop to the fourth level after a 2-1 aggregate relegation play-off win against Pro Patria.

The delirious scenes at the end of the match against Empoli showed just how much promotion meant to the long-suffering 25,000 fans present at the Stadio Bentigodi.