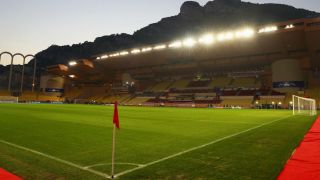 Monaco's derby with Nice has been added to Ligue 1's list of postponements due to the anticipation of police resources being used to deal with protests in France.

The meeting, which had been set to take place at Stade Louis II on Friday, is one of four fixtures to be called off this week, along with Paris Saint-Germain's home game with Montpellier and Lyon's trip to Toulouse.

It was also announced on Thursday that Saint-Etienne's match against Marseille at Stade Geoffroy-Guichard on Sunday will be played at an alternative date.

Those decisions have been made following unrest in the country as protestors respond to rising fuel tax, prompting ugly scenes on the streets, with police using tear gas, stun grenades and water cannons on the Champs-Elysees in Paris.

Three people have been killed since the demonstrations started last month, though the country is yet to declare a state of emergency.

Monaco's game with Nice will see respective coaches and former France and Arsenal team-mates Thierry Henry and Patrick Vieira go head to head, but the Ligue de Football Professionnel is set to confirm a rearranged fixture at a later date.