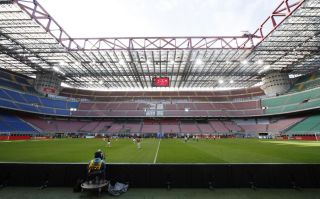 The global coronavirus outbreak has caused major disruption to the sporting calendar, with European football’s top leagues forced to take action over the past week.

In England, the Premier League has been suspended until April 4 and the EFL until April 3 at the earliest, while in some other countries top-flight football has been halted until further notice.

Here, the PA news agency has a look at the action taken across Europe, as of March 16.

#SerieATIM is officially suspended. We're taking a break, but we can't wait to be back.#WeAreCalciopic.twitter.com/xhQY33g6gV— Lega Serie A (@SerieA_EN) March 11, 2020

Italy’s top division was among the first leagues to be suspended following the outbreak, with all domestic sporting action in the country being called off until at least April 3 last week. Italy has been badly hit by the virus and on Sunday Italian Football Federation president Gabriele Gravina told Sportsmediaset that the governing body will ask UEFA to postpone Euro 2020 to allow time to complete the Serie A season.

The top two leagues in France – Ligue 1 and Ligue 2 – have been suspended until further notice, with the Ligue de Football Professionnel’s board of directors set to meet again following UEFA’s meeting on Tuesday.

LaLiga announced last Thursday that it had suspended “at least the next two rounds of matches” as a result of Real Madrid’s players being told to go into quarantine following a positive test for a member of the club’s basketball team.

The German Football League decided on March 16 to suspend all Bundesliga fixtures until the beginning of April but warned the suspension may last longer, with a review to be undertaken at the end of March. Last weekend’s games were also called off.

Holland’s top flight said at the weekend that there would be no further matches until April 6. We already knew we would not see action again this month after the Dutch government announced that all events for 100 people or more must be cancelled until March 31.