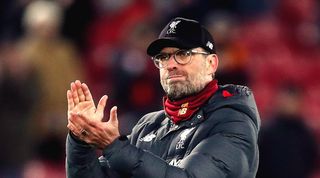 Had Man City not defeated a hapless Arsenal this could have been the game Jurgen Klopp's side sealed the title. Fortunately for Everton, any chance of that humiliating outcome was thwarted on Wednesday. Carlo Ancelotti's side are sitting in mid-table, with little to play for, other than spoiling Liverpool's title procession. They'll be giving it all they've got.

Klopp will be leaving nothing to chance in the derby, and you can bet the Reds will be throwing everything they've got at their neighbours.

Kick-off is at 7pm BST and the game is being shown on Pick, Sky Sports Premier League, Sky Sports Main Event, Sky Sports Ultra HD and Sky One in the UK. See below for watching details where you are.