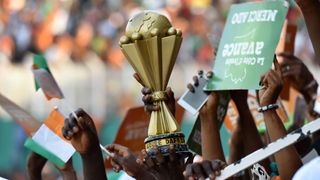 Being favourites to win the Africa Cup of Nations has become a common theme for Ivory Coast and 2017 is no different.

The Elephants were perennial contenders when captained by Didier Drogba, but it was not until after the iconic striker's international retirement that they got their hands on the trophy for the second time in their history.

A 9-8 penalty shootout victory over Ghana following a goalless 120 minutes in the 2015 final ended a 23-year wait for another taste of continental glory, and they will be aiming to make it back-to-back triumphs in Gabon.

Ivory Coast are without another star player this year with Yaya Toure having stepped away from the international stage, but the likes of exciting Atalanta midfielder Franck Kessie and Manchester United defender Eric Bailly point to a bright future.

But as the Elephants look to replicate their 2015 triumph, the mastermind of that success Herve Renard will be hoping to throw a spanner in the works.

Frenchman Renard is a two-time winner of the competition having also led Zambia to glory in 2012 and only suffered his first defeat as Morocco coach – a position he assumed in February 2016 – in a friendly against Finland on Monday.

With DR Congo and Togo also in Group C, the pressure is on Ivory Coast to once again deliver on their tag as pre-tournament favourites.

According to Salomon Kalou, now one of the most senior figures in Michel Dussuyer's side, Ghana are the greatest danger to their quest to retain the trophy.

The 31-year-old told Omnisport: "Ghana will be our biggest threat. They always will be, they're our neighbours.

"When you've won it once you want to win it more. We have the right mentality and good dynamic because we haven't lost for a long time."

Avram Grant's side will be motivated having come so close to the title in Equatorial Guinea, with a formidable front three of Andre Ayew, Jordan Ayew and Asamoah Gyan, the experienced striker approaching his 100th cap, likely to be crucial to their chances

However, a tough draw alongside Mali and Egypt – the competition's most successful nation with seven titles – will provide difficulties from the outset.

The case is similar for Senegal, who came through qualifying with a 100 per cent record and are considered by the bookmakers to be Ivory Coast's most likely challengers.

Aliou Cisse's men will face Algeria, a side boasting a wealth of attacking talent – including 2016 African Player of the Year Riyad Mahrez – that disappointed in the previous edition, as well as taking on Tunisia and Zimbabwe.

Senegal possess pace in attack with Sadio Mane, a dynamic midfield including Idrissa Gueye and Mohamed Diame and one of the competition's best defenders in Kalidou Koulibaly.

In contrast, hosts Gabon are a much weaker side and will be heavily reliant upon Borussia Dortmund talisman Pierre-Emerick Aubameyang, the striker having scored 16 times in 15 Bundesliga games this season.

They should be able to reach the knockout stages from a group including surprise 2013 finalists Burkina Faso, Cameroon and debutants Guinea-Bissau, but a first continental title is a big ask.

The quality in every group should make for entertaining knockout fixtures, and that will be where the likes of Ghana and Senegal will hope to knock Ivory Coast of their perch.