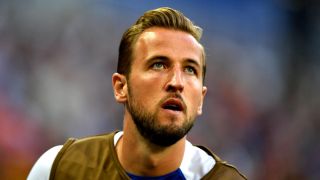 Harry Kane and England have won the approval of Sweden captain Andreas Granqvist ahead of a possible quarter-final meeting at the World Cup.

Sweden take on Switzerland in St Petersburg in Tuesday's earlier kick-off, with the prize a meeting against the winner of the Moscow clash between England and Colombia.

Former Wigan Athletic centre-back Granqvist is fully focused on the task at hand, but concedes the Three Lions' bold attacking style under Gareth Southgate – somewhat out of step with some of their recent tournament efforts – has caught his eye.

"They have a really good team, I have to say," he told a pre-match news conference at Krestovsky Stadium.

"They've built a new generation with many younger players. Perhaps they have a slightly different English game.

"They are very technically gifted. Harry Kane is an excellent striker who has been doing so well for many years, with many good games.

Like current World Cup Golden Boot leader Kane, Granqvist has also scored two out of two penalties at Russia 2018 – finding the target in the wins over South Korea and Mexico that secured top spot in Group F.