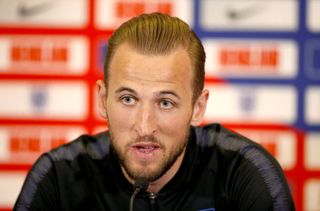 Harry Kane is in England’s 23-man squad for the Nations League Finals but Tottenham team-mates Kieran Trippier and Harry Winks have been left out.

Three Lions boss Gareth Southgate has cut his group down from an initial list of 27 that he named on May 16, with Southampton duo Nathan Redmond and James Ward-Prowse joining Trippier and Winks in dropping out.

Captain Kane, who has not played since suffering ankle ligament damage in April, is confirmed as retained on the day the striker declared himself “ready” for Spurs’ clash with Liverpool in Saturday’s Champions League final.

Kane sustained the injury in the first leg of the quarter-final against Manchester City on April 9, which was also when Winks made his last appearance.

Tottenham announced later that month that Winks had undergone groin surgery, while the midfielder said he hoped it was not the end of his season.

Full-back Trippier, part of England’s run to the World Cup semi-finals last summer, was an unused substitute in the Euro 2020 qualifiers against the Czech Republic and Montenegro in March.

Redmond had been a surprise inclusion in Southgate’s 27-man squad, having been overlooked since winning his only England cap in March 2017.

Ward-Prowse, who made his senior international debut at the same, won his second cap in the recent Montenegro game.

England face Holland in their Nations League semi-final a week on Thursday in Guimaraes.

There are seven players in Southgate’s 23 who could potentially be involved in the match in the Champions League final in Madrid five days earlier.