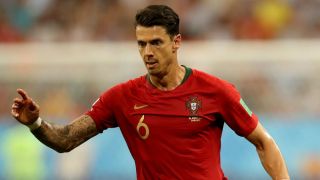 Ligue 1 side Lille have snapped up Portugal international Jose Fonte on a free transfer.

The 34-year-old defender has signed a two-year deal after terminating his contract with Dalian Yifang earlier this week.

He made just nine competitive appearances in China but started all four of Portugal's matches at the World Cup in Russia.

Fonte, who previously had Premier League spells with Southampton and West Ham, has been tasked with providing leadership alongside fellow new signing Loic Remy.

"I am very proud to join LOSC, a great French club," Fonte said.

"This is a new challenge for me, which I hope will be very successful. I will give everything to help the club as best as possible in its ambitious project."